Additionally, despite significant challenges created by the COVID-19 pandemic, Talk Today successfully expanded into the AJHL and the Saskatchewan Junior Hockey League (SJHL) in 2020. Public health restrictions prohibited in-person suicide-prevention training in the AJHL and SJHL but the leagues and its teams were able to develop relationships with local offices of the Canadian Mental Health Association (CMHA). Because of this relationship-building, CMHAs in Alberta and Saskatchewan were able to support player safety and wellbeing in other ways.

Just as it has affected everything else, COVID-19 has presented significant challenges throughout the CJHL and severely impacted the implementation of the Talk Today program. In an ordinary year, Canadian Mental Health Association (CMHA) staff at both Ontario Division and branches across the country would have been busy working with leagues in the CJHL, servicing over 90 teams and approximately 2,000 junior hockey players during this phase of Talk Today implementation process. The pandemic, however, has impacted not only the delivery of the suicide prevention training component of the program, but the Talk Today game day events as well.

safeTALK is a globally–recognized suicide prevention training that educates participants on how to prevent suicide by recognizing signs, engaging someone, and connecting someone in need to life-saving resources. The workshop is three hours in duration and incorporates a visual presentation, in addition to participant engagement and open discussion.

In spite of challenges through the 2020-21 hockey season, CMHA branches across five jurisdictions managed to work with league and club partners to conduct safeTALK.

Since the beginning of Talk Today, another measure of the program’s impact is emphasized through a variety of anecdotes that illustrate the support Talk Today has provided players, team staff and executives.

“From the demands of schooling to the pressures of elite competition and high performance, there are many factors that can affect the well-being of MJHL athletes, and it’s important to us that they know there’s support available. Through this partnership with CMHA, we’re making mental health education and awareness a priority for our athletes and the communities in which they play.” – MJHL Commissioner Kevin Saurette.

While this past year CMHA branches and local teams were unable to participate in game day events together. We are looking forward to continuing to work with teams to promote positive mental health in communities across Canada.

CMHA branches and participating leagues and teams share social posts including #TalkToday to continue to raise awareness beyond their local communities. The social media posts usually centre around the designated game day month for participating leagues. While we were unable to focus this component around gamedays this past year, our news releases launching in the SJHL and AJHL generated considerable social media buzz. On Twitter, #TalkToday was able to generate a reach of over 95,000 and received 219,000 impressions.

We look forward to continuing to work with leagues and teams to support positive mental health on social. 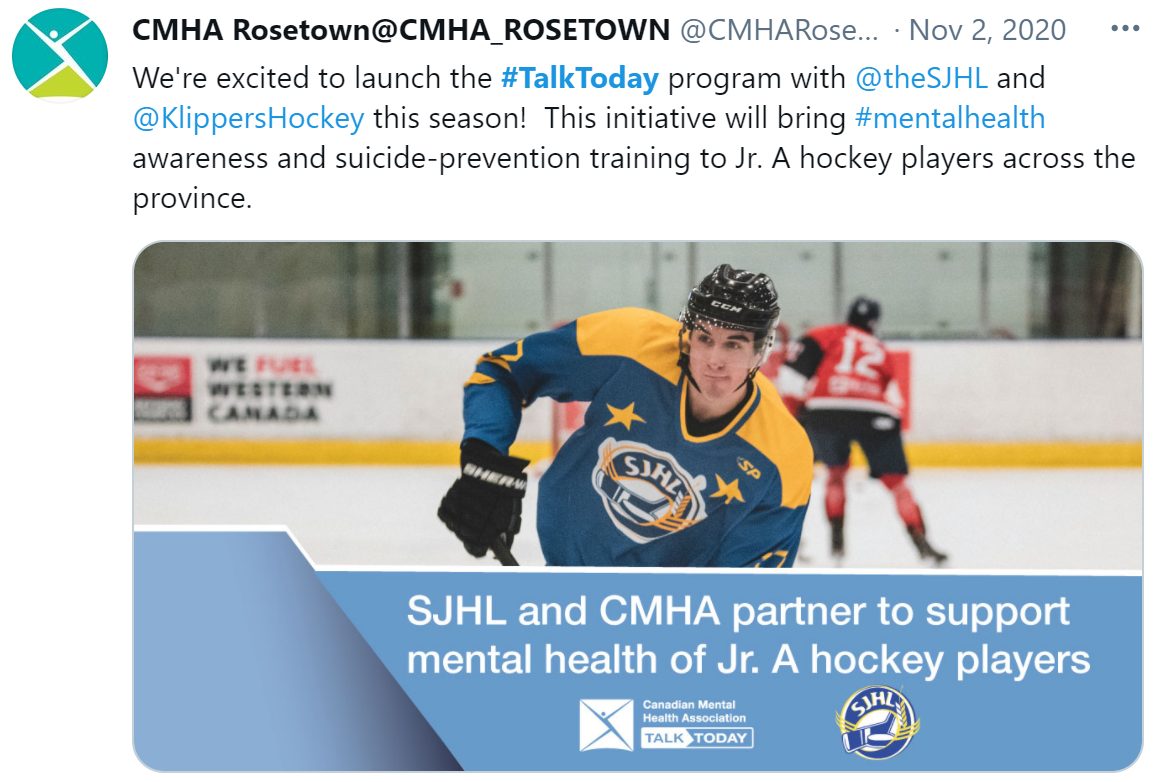 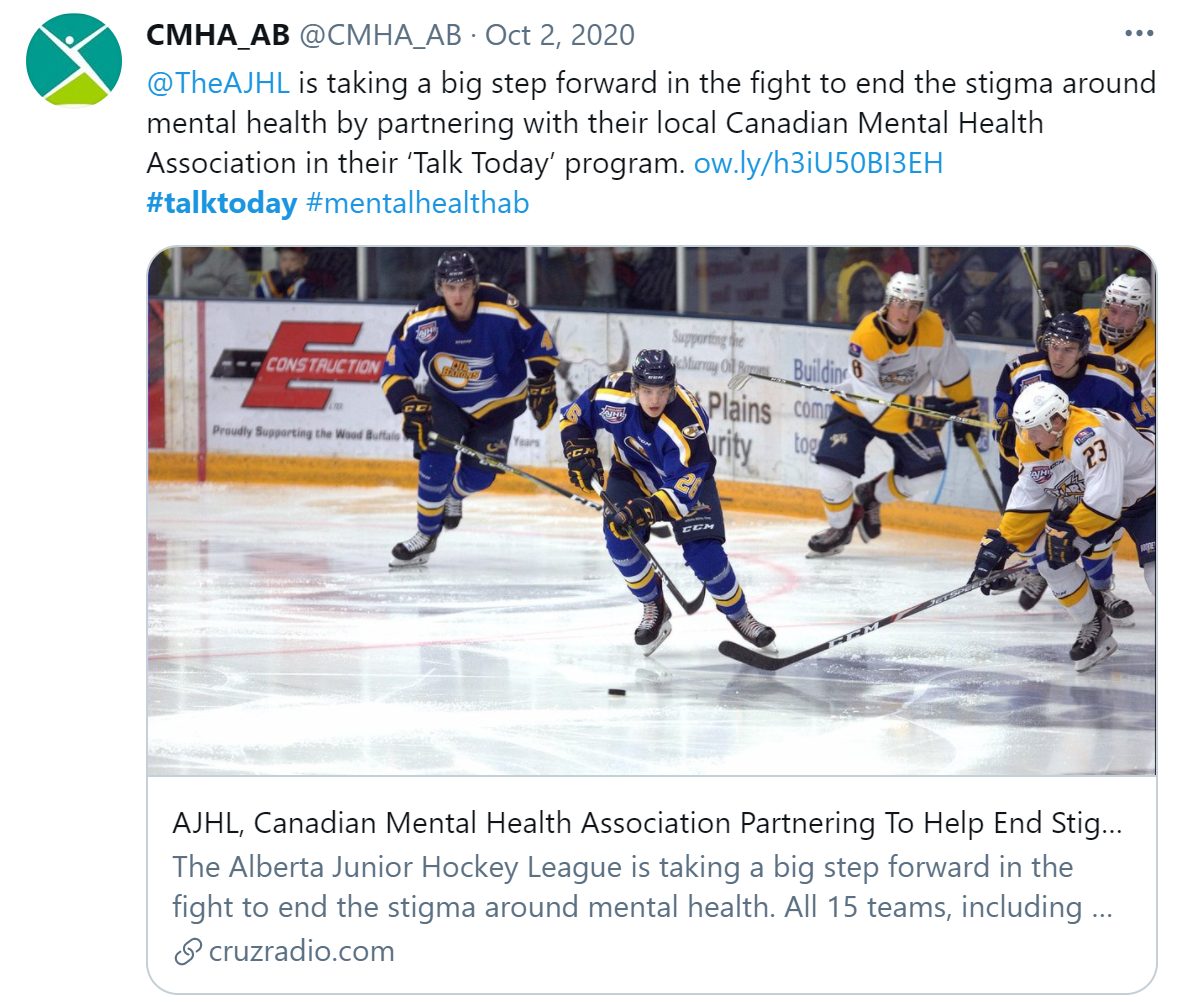 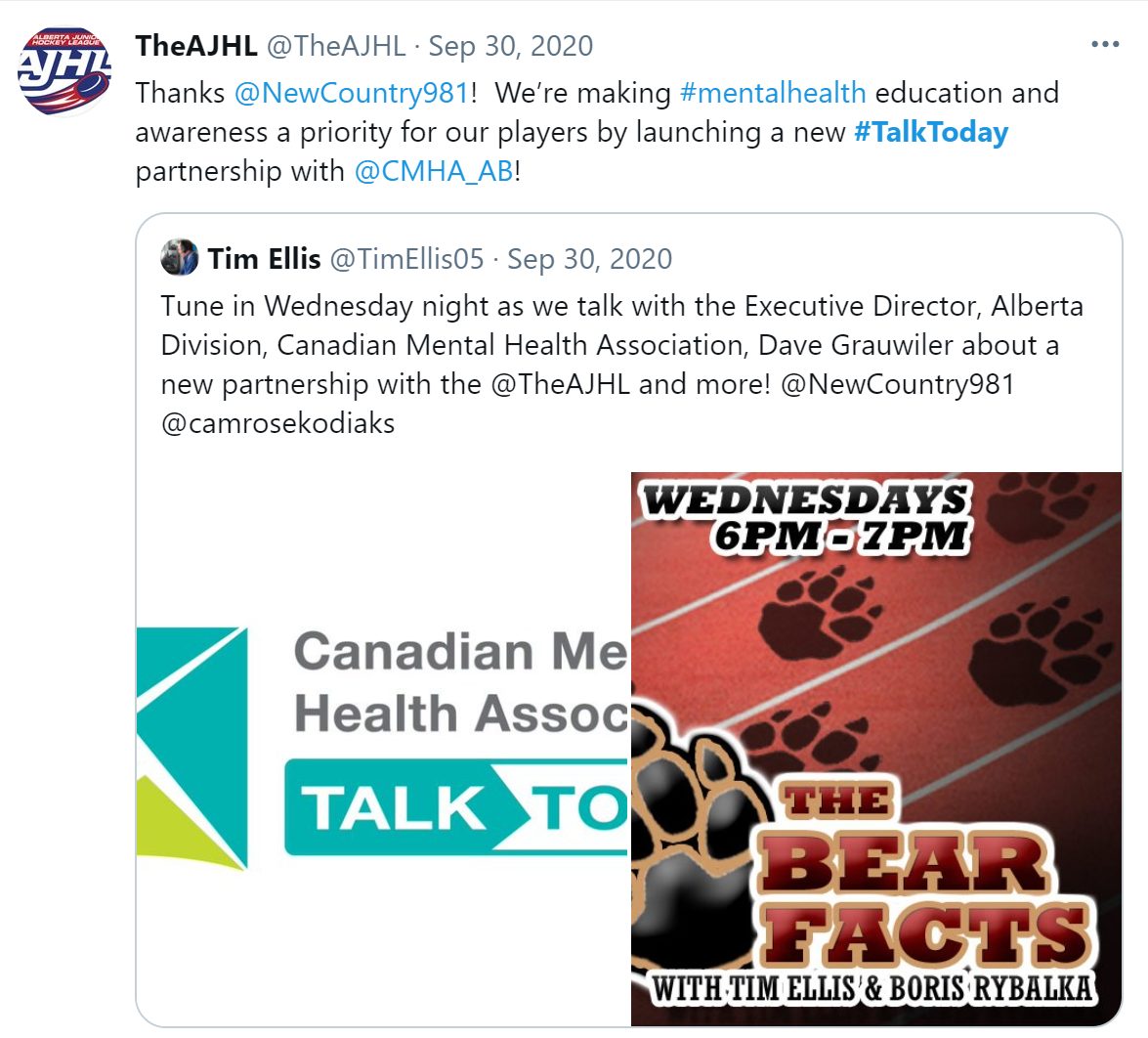 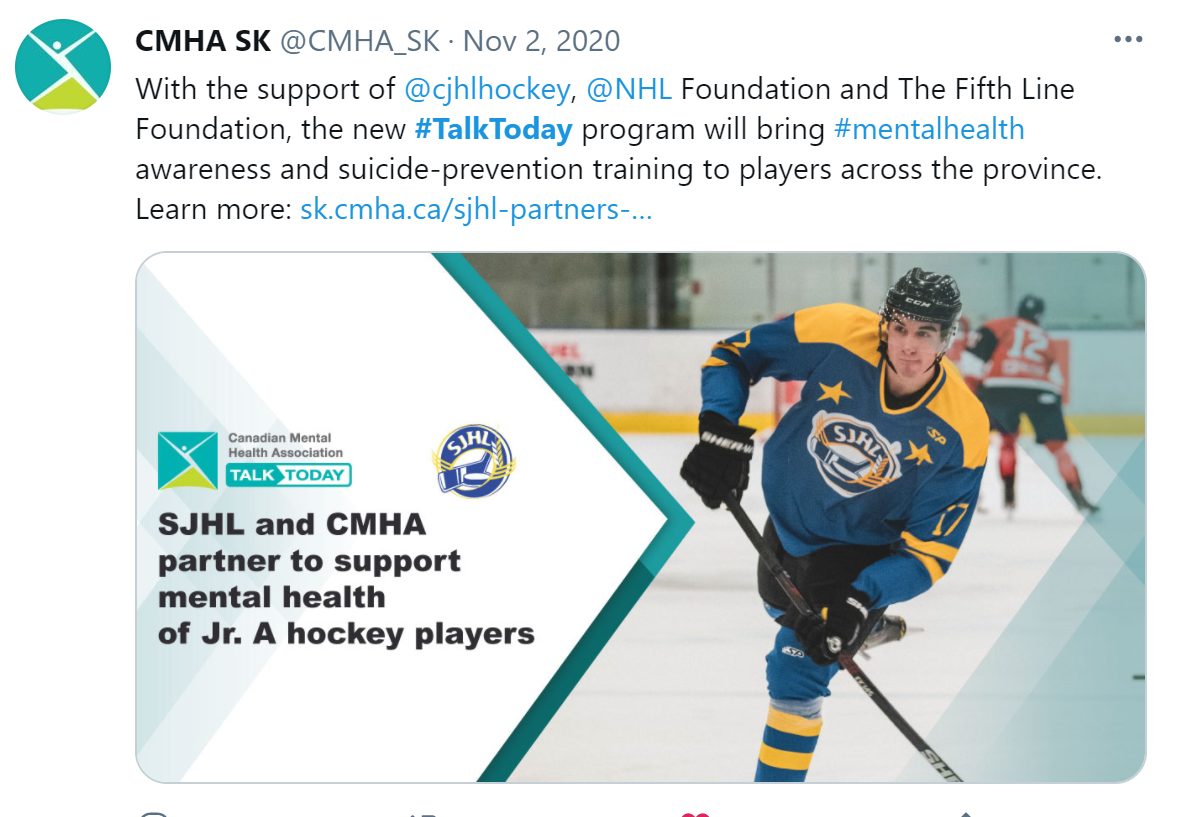 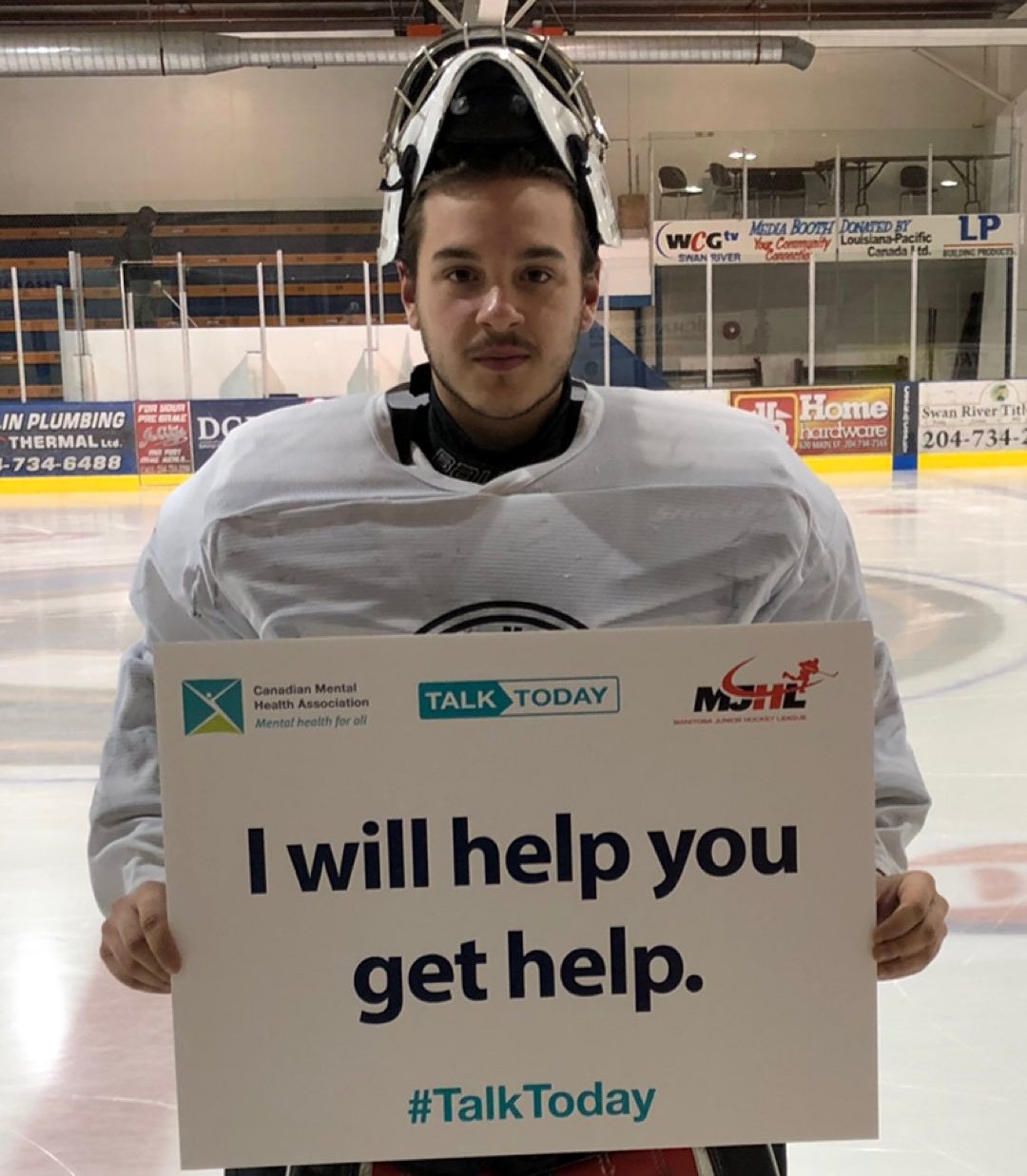 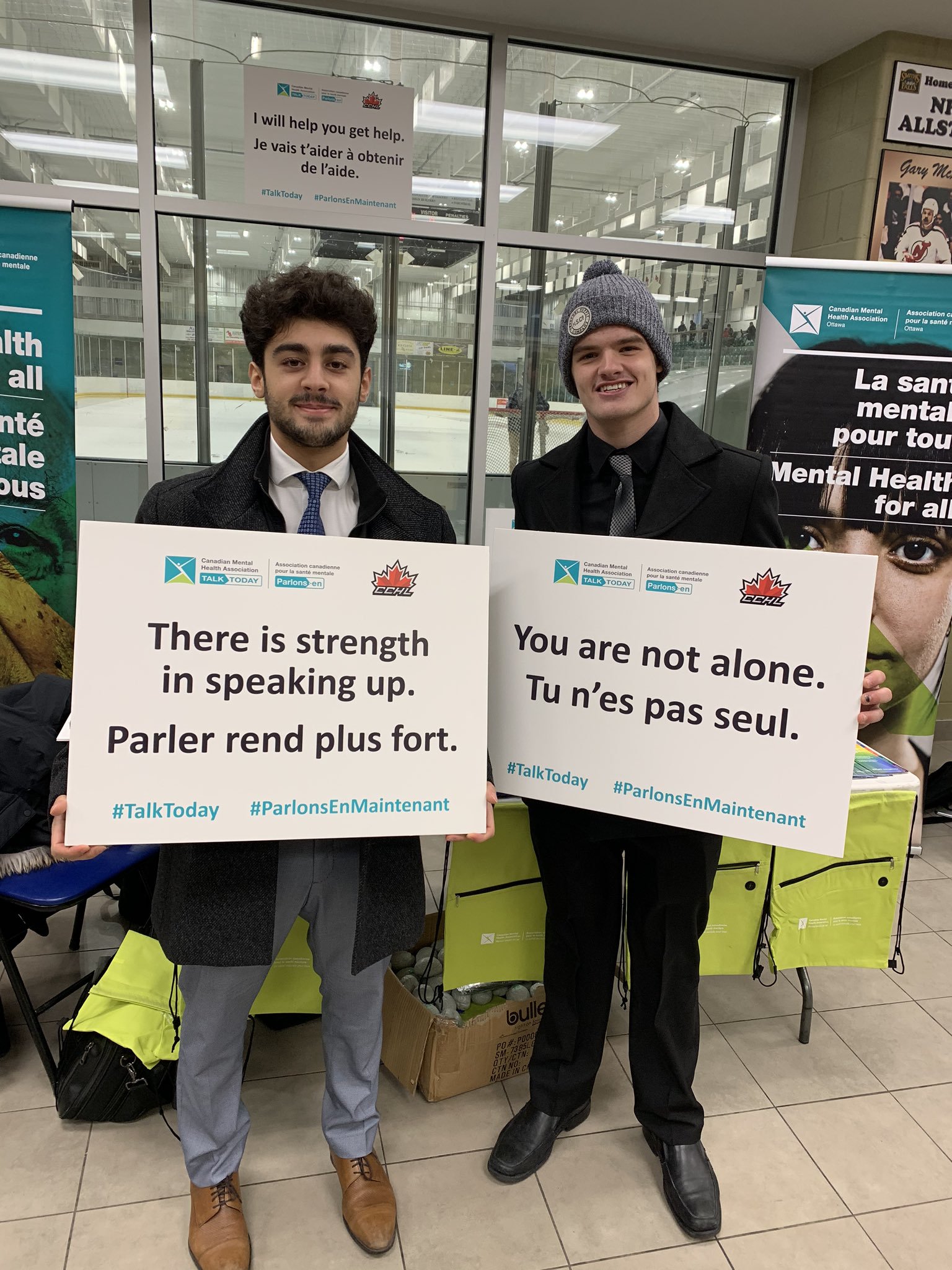 Players of the CCHL’s Nepean Raiders 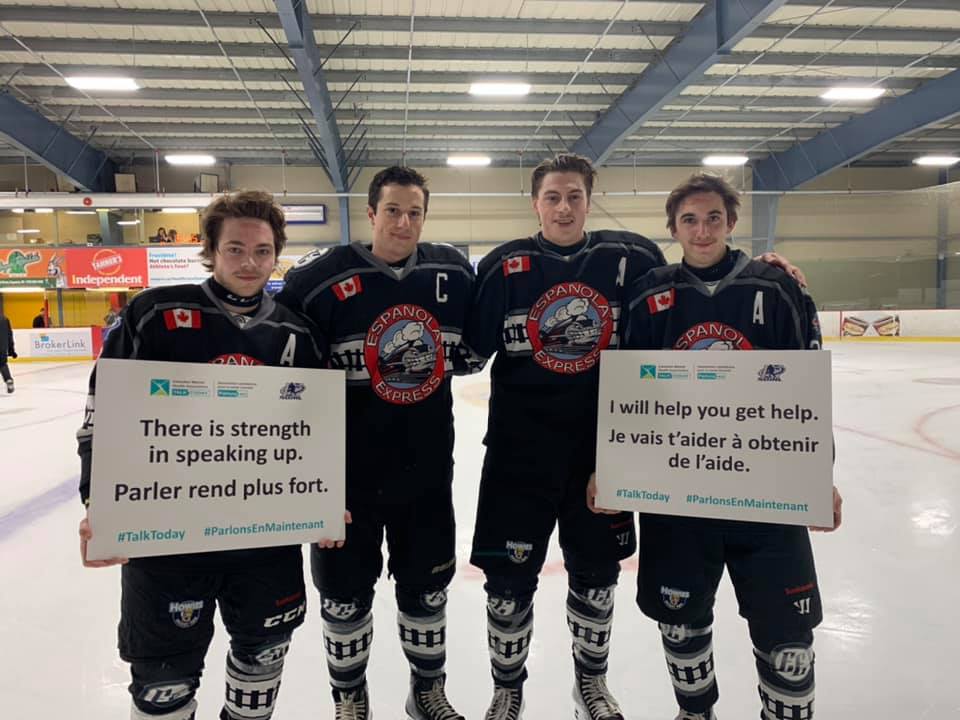